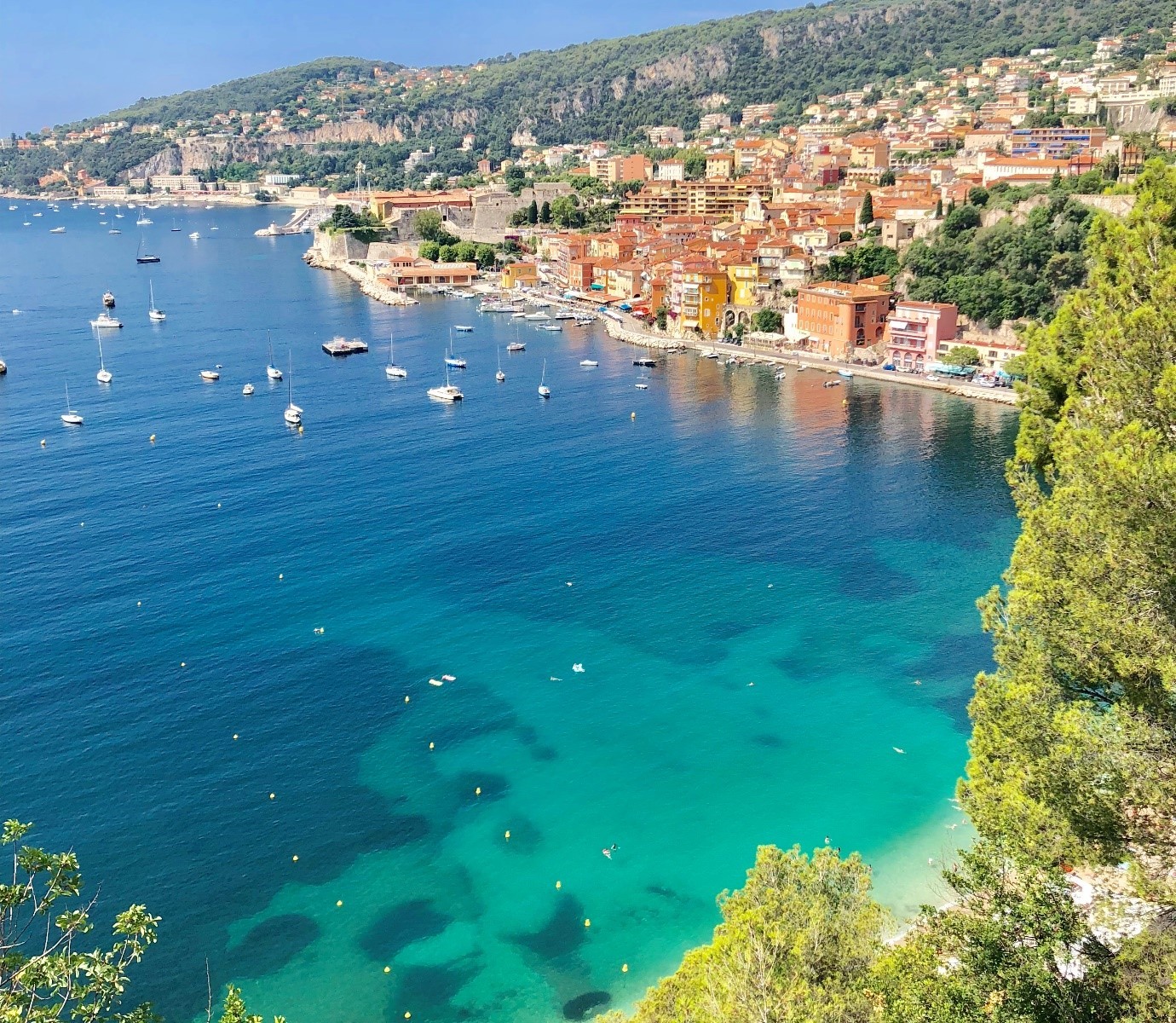 Did you say France? A country that we can go again & again! The Eiffel tower in the romantic city of Paris, certainly stands out in every traveller’s list! Undoubtedly very beautiful especially in the night with the illuminations at the tower! But let me tell you, the French Riviera coastline is just class apart. Going to France 4 times now, we still can go again & again to this belt. The crystal-clear blue waters & the sun kissed sand makes the view simply jaw dropping. My favourites were the city of Menton & Villefranche-sur-mer. And of course, the city of Nice- so vibrant with an amazing coastline that one can spend all day long there! The French bakeries are certainly not to be missed trying out some Creme Brule & Macaroons! I would highly recommend going to the southern France in peak summer for the Lavender fields of Provence. I did that twice and each time my excitement just doubled up.

So, we drove from Italy into the city of Marseille. The drive from Genova was quite nice with many tunnels and small towns coming on the way. We decided to stop by the first town from that side which was Menton. Having parked our car at a spot, we walked around the old town with many shops and small café and what we saw the most were a number of Salons. Well we all know now how famous France is for that! We then walked by the beach which over looked the city. Continued our drive straight to Marseille around 3 hours & checked into our apartment, Strolled around the old port to see the sunset.

The next morning, we drove all the way to to Notre-Dame de la Garde – a beautiful church offering breath-taking views of the city and the small islands nearby. We drove to the small fishing village of Cassis which had some nice colourful houses and a sandy beach to laze & swim around. This was a quick stop for us as we didn’t want to miss the sunset at the Lavender fields! Started our drive to Provence region around 4 in the noon stopping by at the L’Occitaine factory & perfumery. Their citrus & mint fragrances just leave me speechless. You can get some great prices here at the factory!

Moving onto the highlight of our French trip, the Lavender fields. We decided to go towards Valensole for the fields and as the region started, started many fields then with the first big having an adjoining sunflower field as well. Because sun was to set in some time, the flowers were going down too. But the sight of many of these fields makes us feel so great. And to watch the sun go down and just park there for hours- Oh we love doing such things. Shobhit also wanted to get some good aerial shots, so he decided to fly the drone. Being evening time, the tourists are very less so we could actually get a field all by ourselves and it was just WOW to us.

The very next day we checked out but we wanted to see the Parc National des Calanques. And to reach there you need a boat. We joined a small group boat tour & it was simply an amazing morning. Considering its summer, we were all prepared to snorkel in the Calanques. Our boat captain stopped at Sormillou for a swim and as usual I was super excited to jump in the water. Little did I know that the water will be freezing cold! However, it was quite refreshing and made the whole experience worth a memory! Later, we drove towards Nice. On the way stopped by Cannes and strolled at The Corniche! Reached Nice in the evening & to our surprise France won the football semi-finals and the whole city went crazy with people shouting at the square, dancing on streets, bikers riding all around & honking. It was just something we didn’t expect out of France! The people can go as crazy as one can imagine!

Heading next morning to the hill castle for the view of the old city with the sea. Its right across #Ilovenice signage and there is also a lift for those who don’t wish to climb up.

Afternoon started with a drive to Monaco. It was our second time there. We had visited during the day last time from our cruise excursion and would always imagine how this city of Monte Carlo would look when lit up in the evening. So we went for the sunset again. Read more https://destinuts.com/2017/06/08/monaco-29th-country-together/

Because last time we took a tour of the French Riviera, our driver had stopped at some point where we got an amazing view of the villas of Monaco. Trying to find that spot, we found a secret spot which gave us a brilliant view of this country from a construction point right on the top next to Tete de Chien! We were awe struck with that view!

Driving further ahead back towards Italy, we stopped by this cute little town VilleFrance-sur-le-mer- translates into English as French city on the Sea! This hidden gem was magnificent and so unexpectedly we found this place. I think on our next trip to France, we are just going to stay in these small towns and laze around. With this, our mini trip to France ended and we drove back to Milan, Italy!